Here are some brief notes about Yin Deficiency from my (co-written) book: Fundamentals of Chinese Medicine (PMPH 2015)

“Yin deficiency heat involves the appearance of more (predominant) heat even when there is no increase in the actual amount of heat in the body. The relative appearance of more heat is due to the insufficiency of yin qi with a subsequent failure to restrain yang qi. Again, this is important in treatment, because strongly clearing heat from the body can easily damage yin further and thus aggravate the condition. Therefore, the main treatment principle here is to supplement yin while also gently eliminating heat.”

“Yin deficiency resulting in intense firei involves a deficiency-type fire that results in damage to yin qi and a deficiency of fluids that is so severe that yin qi fails to restrain yang qi. The relative excess of yang qi then generates intense heat and fire that further damages yin. Generally speaking, internal heat with yin deficiency often manifests deficiency heat symptoms such as night sweating, a red tongue with little coating, and a thready, rapid forceless pulse. Intense fire with yin deficiency commonly shows fire-heat symptoms in a localized part of the upper body, including toothaches, bleeding gums, sore throat, or flushed cheeks.” 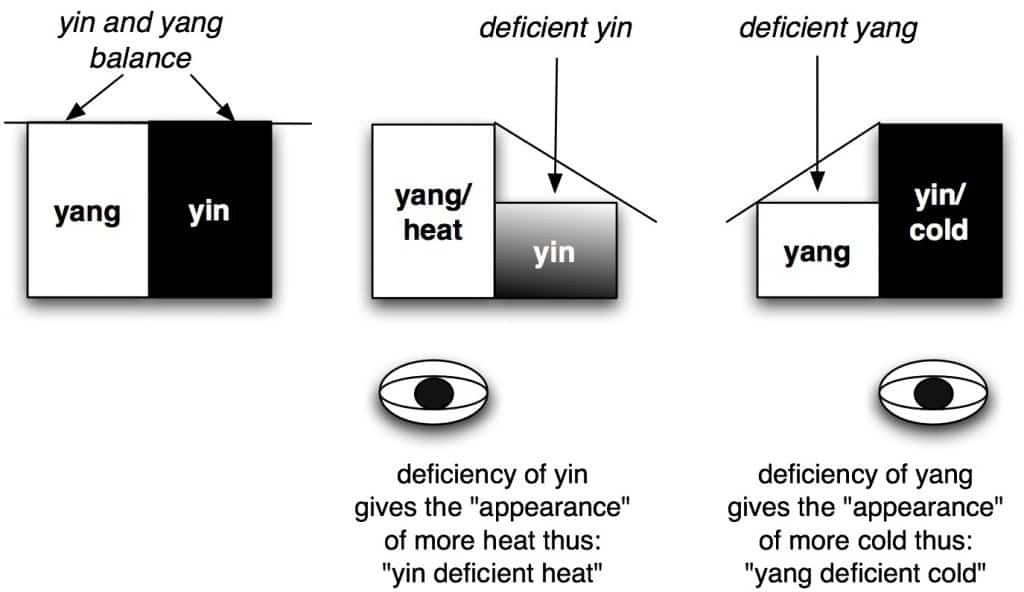