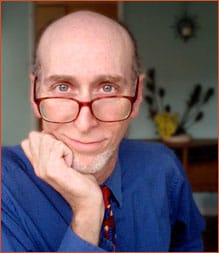 Al Stone, L.Ac, DAOM: In 1995, Al Stone founded Acupuncture.com, a site that earned numerous awards and international goodwill while he was in the driver’s seat there.

Al was a graduate of both the masters and doctoral programs at Emperor’s College in Santa Monica, CA, where he also served as an intern clinic supervisor and classroom instructor for many years.

To his great regret, he sold acupuncture.com in order to pay for his trip to China. He then founded other popular Chinese medicine related websites such as gancao.net and eagleherbs.com.

Eagleherbs.com was the outcome of his 15 years of experience in bringing the highest level of herbalism to the online community. Creating customized formulas following an extensive consultation was unheard of in the early days of the internet, but because of Al Stone’s significant online presence, the need to provide this service became clear beginning in 1995. He had been working with individuals all over the world since then.

After graduating in 1997, he traveled to China where he expanded his education as an intern at the Yunnan Provincial Hospital of Traditional Chinese Medicine. There, in the “springtime” city of Kunming, he worked side-by-side elder doctors who were experts in internal medicine. It was from these elder masters that he witnessed the profound benefits that herbal medicine can provide, as well as the path of the Lao Zhong Yi (elder Chinese herbal medicine doctor) that became his professional path.

His online mission is to reach those who don’t have access to a professional grade Chinese internal medicine practice.

Al Stone maintained a private practice based in Santa Monica, California since he returned from China in 1998.

Al’s patients had often sought out his help for digestive concerns, gynecology and male urology, dermatology and stress related disorders. Emotional, neurological, and hormonal issues such as depression, anxiety, insomnia all respond very well to Chinese herbs and offer a significant improvement in his patients’ quality of life.

In 2012, Al found out that what he thought was a minor eye problem was being caused by a rare but deadly ocular melanoma. Despite western treatment and Chinese herbs, Al passed away early in the morning of May 24th, 2013 with his brother, Ken, at his side.

Al Stone was also a provider of continuing education for physicians, nurses, and acupuncturists. Topics of education include:

Al Stone was also on a AAAOM committee charged with arriving at guidelines for manufacturing practices for private herb practitioners who make their compounded herb formulas to order. [more]

He was an avid enthusiast of tai chi, meditation, bicycle riding and drumming circles in Southern California, USA. 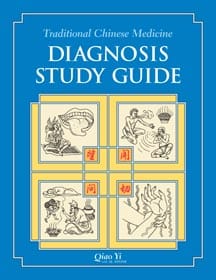 Co-Author of The Traditional Chinese Medicine Diagnosis Study Guide with Qiao Yi. Eastland Press, 2008.. This book has been added to the NCCAOM recommended reading list for Acupuncture, Oriental Medicine, and Chinese Herbology exams that lead to licensure in many states.

“Al was my good friend. He had some wonderful assistants working with him at Eagle Herbs and we promised him we would carry on with the business with the same quality that he had always provided. I am also an acupuncturist and herbalist and had know Al for over 20 years. So for a couple of decades, we had long, long discussions about herbs and the best way to know and prescribe them.

Al was not afraid of dying and as he was a very spiritual man as things go, even in his illness, he did it with humor and class. Before he died, Al asked me to take on Eagleherbs.com. We had a very intense month of making the transition before he passed away.