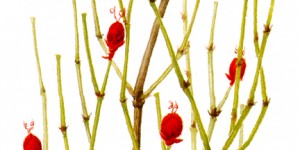 In December of 2000, CRN, or the Council for Responsible Nutrition (a dietary supplement trade group) provided the United States Food and Drug Administration (US FDA) a report demonstrating the safe upper limit dosage for ephedra, known as “ma huang” in Chinese medicine.

This industry group sought to determine the safe dosages for ephedra since there were reports coming in of adverse events such as high blood pressure and heart attacks following the ingestion of extremely large dosages of this herb for energy and weight loss. These uses were inconsistent with their uses in Chinese medicine.

They hired Cantox Health Sciences International who put together an extensive report, the highlights of which are found at the crnusa.org website.

In particular, Cantox concluded that…

clinical trials and laboratory investigations do provide a sound basis for identifying a safe upper limit for ephedra. That safe upper limit is identified in the Cantox report as a quantity of ephedra providing no more than 30 mg of naturally-occurring ephedrine alkaloids per serving, to be taken no more than 3 times per day, for a maximum period of 6 months.. [1][2]

This quantity is on the high end of common uses in Chinese medicine. However, it should be noted that ma huang Ephedra being used as a single ingredient is inconsistent with its known safe use over the years in China.

Rather, ma huang Ephedra is always teamed up with other herbs in to achieve a balanced and efficacious response. Formulas are constructed in such a way that lessons side-effects and increases medical efficacy.

Many Chinese herbal formulas include ma huang Ephedra, and they are included in the ingredient lists at EagleHerbs.com for historical reasons, however the ma huang Ephedra will be replaced by other herbs that have the same function.