This is an article I submitted to a local newspaper (The Beachhead). I thought I would post it here. 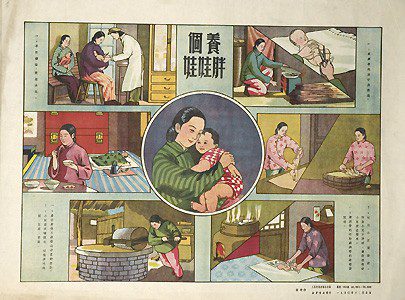 Its March 17, 2020 here in Venice, California so the only thing to write about is Covid-19. I have been an acupuncturist and herbalist here in LA since 1996. As an acupuncture clinic owner and as an owner of an herb business I’ve gotten a lot of questions about this virus and Chinese Medicine. By the time you read this the situation may have changed. Hopefully, not too much for the worse. And hopefully you, your family and colleagues are well.

Chinese Medicine has a lot of experience with epidemics. Two of our greatest traditions and books (Shang Han Lun and Wen Bing) come about because of epidemics which wiped out the creators’ extended families. I am not going to suggest here specific formulas and instead try to explain some Chinese Medicine concepts in thinking about this virus.

Chinese philosophy and medicine has a concept of “upright qi” (zheng qi) which activates the life forces (for lack of a better word). This upright qi would also activate the immune system but is also vital for fighting illness in all ways. A person with low upright qi will have problems overcoming any illness while someone with strong upright qi can more easily recover.

To get back to Covid-19, people have asked for herbs to “kill the virus” but this only part of the issue. Western medicine likes to look at details and like Western ideology thinks in binaries. You have a virus/ you don’t have a virus. The purpose of Chinese thought is to overcome the “pathogen” while at the same time to build up the upright qi to allow the body to fight on its own. Many of our herbs have anti-viral properties but one should count on taking tons of these herbs. The Chinese treatment must be balanced with all the factors at that particular time and person.

Covid-19 attacks the lungs and the first order of business is to protect the lungs, first by not breathing anything harmful or otherwise getting into our bodies. Herbs such as Astragalus (Huang Qi) is a primary defensive herb but hopefully used with other herbs to build the upright qi. This basically means be as healthy as possible.

Covid-19 seems to either create or be attracted to dampness and “phlegm”. Phlegm can be the same as the stuff you cough up but also can turn to “dry phlegm” like a wetlands in the summer that has half dried up into a sticky mess. For this reason people should take care to cut back on phlegm production. For some this means less dairy products but depending on the person, a range of foods can create phlegm. Here in Venice we often get phlegm in our lungs as the sea air blows into our neighborhoods.

Once a pathogen or disease is contracted, the first order of business is to ventilate the lungs and try to move the illness out. This can be done with “cupping” or “scraping” (gua sha) the back of the neck and back with a soup spoon. People should avoid cold foods and phlegm producing foods. At this point aromatic herbs like mint, turmeric, garlic, ginger etc… may be most appropriate. If you experiencing dry cough then honey or other syrups may be useful This is also the time when you should strongly consider a consultation with a western doctor.

Many people have asked about Yin Qiao San as an anti-viral. I can’t say don’t take it if that is all you have but its coldness isn’t what is needed for this virus. It definitely shouldn’t be used as prevention. It is very cold and moves inward and may trap the disease instead of venting the disease outward.

China has a completely integrated (although not perfect) system where Chinese medicine is used alongside Western medicine. Herbs are used throughout treatment including in the Intensive Care Units. IV drips of Chinese herbs are common. For that reason one should be wary of taking something just because it is used in China for Covid-19. Herbalism is a sophisticated art and there is a lot of debate and writing in and outside of China as to the best treatment strategies. If you read about a Chinese herbal formula you won’t know the circumstances or at what stage the herbs may have been used. Herbs used in the beginning of the infection may be different than in a later stage and often change completely day to day.

There are so many things to say about this crisis we are facing. Fortunately, Los Angeles has many experienced acupuncturists and herbalists (probably you know a few). Close by there are  two very good schools with experienced practitioners and supervisors and talented students (Emperors and Yo-San). As I write this the schools and most private offices have closed. But there are many places to do phone consultations and I am sure your practitioner would be happy to get a phone call from you. They should be able to prescribe herbs and have herbs shipped to you.

Be well, I hope this was helpful.

Search the first few words (not San or Wan etc)