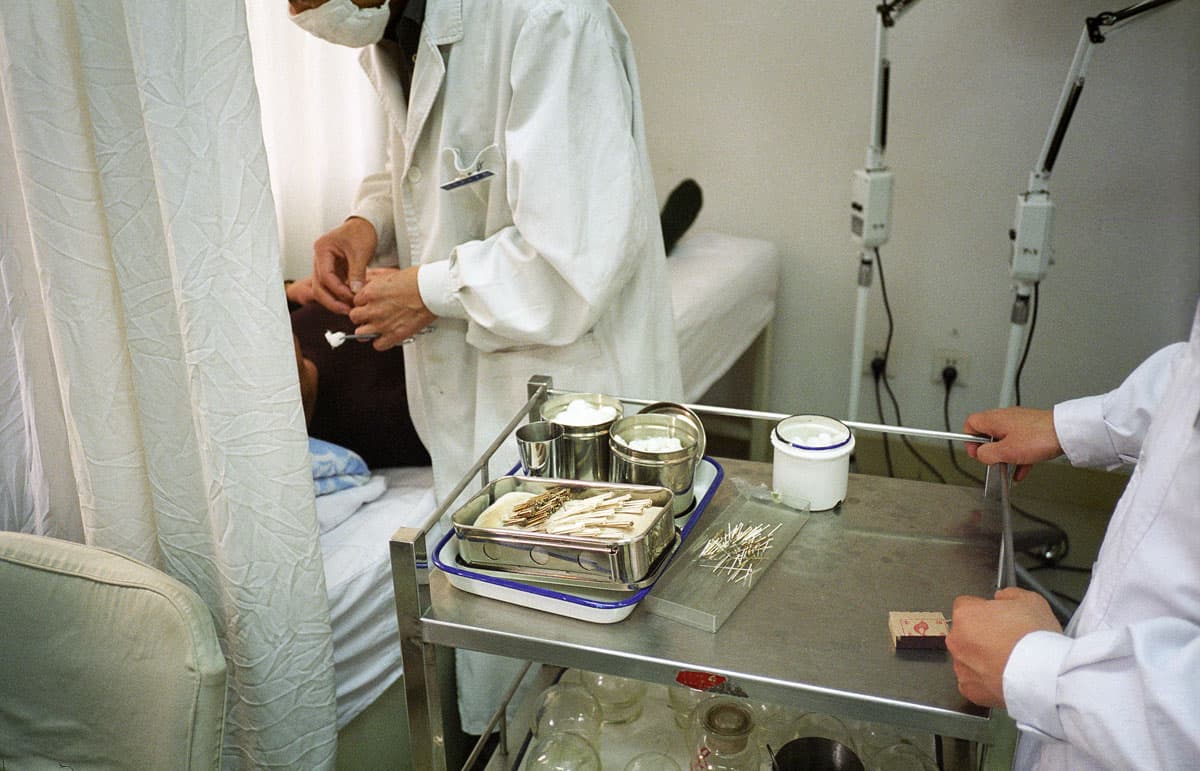 Yin and yang theory is an explanation for the natural phenomena of the universe. According to this theory, the whole of the universe is made up of two forces in opposition, and yet each contains aspects of the other. These opposites can be called yin qi and yang qi, which function as abstract concepts for describing the nature of both material objects and their relationships within the world. Because of the interactions of yin qi and yang qi, the world is made up of objects and phenomenon that are all subject to transformation.

In general, things that are bright, hot, active, ascending, external or related to functional activity pertain to yang, while those that are dull, cold, unmoving, descending, internal or related to material form pertain to yin. Therefore, all processes and objects can be said to pertain to these abstract concepts in varying intensities depending upon their natures and the context of their surroundings. Although seemingly simple at first, these are complex relationships that can take a lifetime of study to appreciate and understand.

As a uniquely Asian philosophy, the implications of yin and yang resonate from philosophy and culture to the depth of the needle put into the body in an acupuncture treatment. After it was introduced into the medical field, yin and yang theory became the most important theoretical and practical component in the Chinese medical system for guiding the diagnosis, prevention and treatment of disease.

Western Thought and Yin and Yang

Western thought and western medicine emphasize finding the particulars and unique qualities of objects, even down to their microscopic components. This microscopic and molecular viewpoint becomes the essence of what is examined, also being the main evidence used to diagnose and cure disease. Chinese philosophical and medical thought is less concerned with a microscopic perspective, but rather emphasizes more observable qualities and behaviors. Yin and yang (and the five phases) do not assign static “realities” to objects and phenomena, but only describe properties within the context of other objects and phenomena. Consequently, yin and yang medical philosophy holds that all medical conditions and “realities” are not definitive, but rather that they remain in a relative state of continual process.

“Under the rubric of yin and yang, it is not a matter of establishing classifications, but of describing the dynamic responsible for the relationship of all the elements within the defined whole.” Larre, Schatz, Rochat de la Valleei

A chair in western thought is a chair, and with further categorization, an armchair or dining room chair. It may be made of maple wood or cedar, but is still primarily identified as being a chair. From the viewpoint of western science, to understand the chair better one may run tests to determine its molecular makeup. Further study and measurement will reveal more and more about what the chair “really is”.ii In yin and yang terms, because it is solid and “substance”, a chair is first considered to have predominantly yin qualities. However, in relation to the floor, it has yang properties because yang is above yin when considering direction. A chair resting on the floor of a room is yin because it is still and immobile and is relatively low within the space of the room. Yet, this same yin-related chair develops yang properties when thrown up into the air and across the room, because it now is in action and has the moving properties of yang.

The chair therefore has both yin and yang potentials within it and we see that indeed (with few exceptions) all objects and phenomena have the potential to manifest properties of both yin and yang. If one were to consider the ceiling above your head, it would be considered yang, because yang is above yin. Yet, to a person standing on the roof of your building, that same ceiling would have yin properties. Furthermore, the yin-related chair has the potential to transform and be set afire, burn, and thus have more properties of yang. Because every object and phenomenon has yin and yang qualities, the description of any object’s “reality” is dependent upon the placement of the viewer and their circumstances as well as the qualities of the object or phenomenon themselves.

In order to comprehend yin and yang, we often, as does this book, refer to yin as “substance” and yang as “function” or “movement”. However, this idea requires further context because yin and yang are abstractions of the tendencies present in all objects and phenomena. “Substances” or “objects” refer to those material objects that constitute “things”. Function or phenomena reflect the forces which bring into motion the potential of things. Objects and phenomena can transform from one to another, from object to phenomenon and from phenomenon to object, or to put it simply, from yin to yang and yang to yin.

All objects or things have physical shapes and patterns that are formed by the qualities of the yang from which they were created. Referring back to the chair mentioned above, the qualities of that chair were determined by the location of the tree that grew the wood. A tree grown in a rainforest at the equator has a different quality than one grown in a northern climate. This shows how the yang processes of growth and nourishment at different locations would affect the yin–object of wood that results.

Similarly, yang actions are dependent upon the shape of yin from which they were transformed. The sound of a guitar made from wood grown at the equator is different from that made of wood grown in a northern forest. In another example, the fire and smoke produced from coal and those from wet grass are very different. So within substance and function are evidences of both yin and yang properties. Looked at in this way, yin and yang are not simply synonymous with substance and function. Nor can yin and yang be classified simply as “matter” and “energy” respectively, for both contain elements of the other.

Although this way of thinking has any number of complexities, none of this should imply that it is in any way imprecise. The laws of yin and yang as expanded upon below are descriptions of both material properties and change. Because yin and yang are opposites, yet always changing, what may be obvious at first often becomes fluid; this changing quality makes yin and yang philosophy a discipline of properties, time and space. The overall impression of these laws may appear simple (that things change from one to another) but in order to understand health and illness in our patients, it is vitally important to understand how these particular laws of yin and yang are revealed. The understanding of yin and yang comes through study and deep reflection along with clinical practice and personal experience.

ii David Bohm writes “… to Western society, as it derives from the Greeks, measure, with all that this word implies, is the very essence of reality, or at least the key to this essence…” Wholeness and the Implicate Order (London: Routeledge and Paul, 1980) p. 23